About Nowhere Island
The Island is Nowhere Kitchen’s itinerant practice of installing live kitchen environments as a means of not only occupying an already existing context, but also collaborating to catalyze them. A state of ritualistic improvisation takes place where elements found in-situ are used to cook a given situation. The rituals that surround the cooking and eating meal create an ephemeral state of community that is specific only to the moment. It belongs to no other time but now. Dishes belong to no other places but here. It is an ‘island’ that generate a tribe in-situ and situates local desires to collaborate to weave other possible futures.

#04. Inhabiting Dispersion // Archive of Affects
Espacio B (in partnership with the Museum of Reina Sofia)
Lavapies, Madrid. May 16, 2014 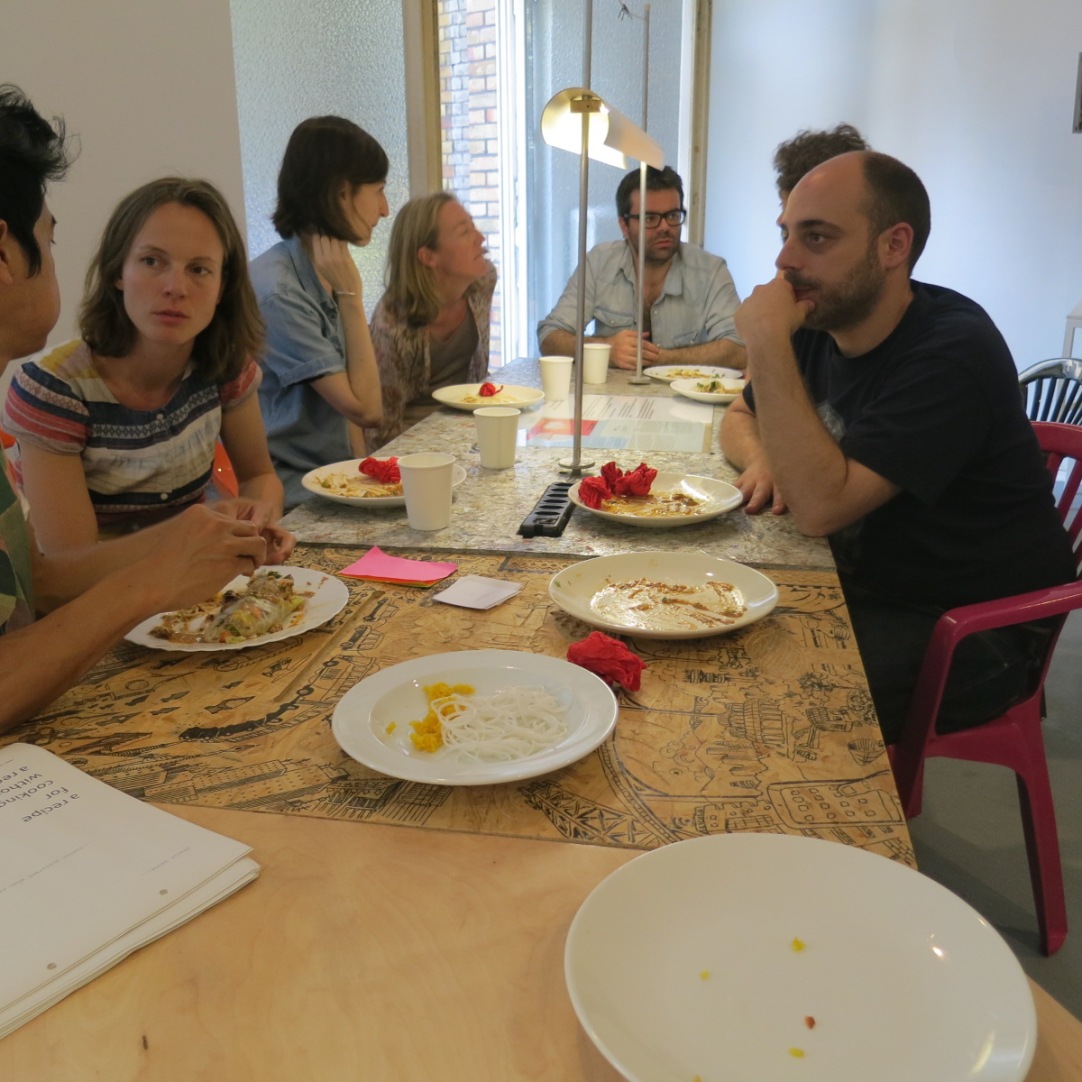 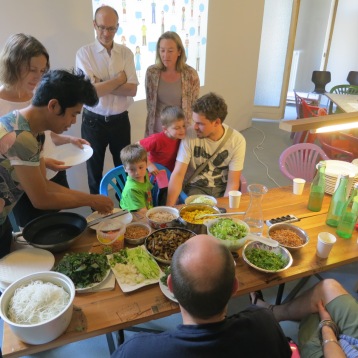 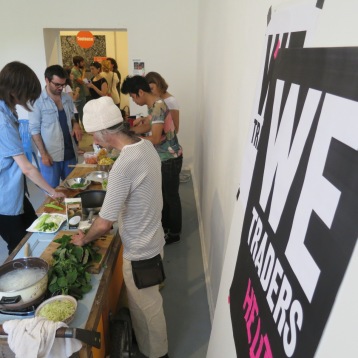 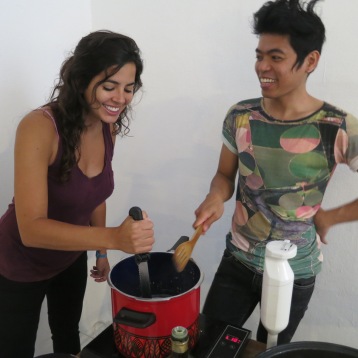 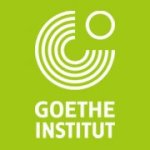 I don't usually get homesick because I find home in every place I choose to be, and family in every person I choose to meet! View all posts by joseph.patricio

December 2009 was the first time I came to Europe. I almost did not make it because I was rejected my visa. I had a to pull a maverick trick to secure another one and barely made it. I was there to meet with a boyfriend and attend a wedding of a Filipina friend to his Swiss fiance, in Vevey. There I was hosted by two lovely souls in a house in front of the town hall. It was the first time that I offered to cook dinner for other people. I made adobo for the first time, and it turned out a tad bit sour, forgot to add a bit of water in it and I used what vinegar was there, apple cider. They loved it, and I loved the new sensation of being able to share your stories of travel with others. Newness. Like seeing snow for the first time. Ten years later, its beautiful to remember the naiveness / innocence of these first encounters and how it already set the stage of what was I gonna be doing here now. Little do we know. And that is beautiful. Since then, I have cooked my way through many other rejections, redirections, opportunities, a colorful human life with people I have learned to love. There is an immense amount of delicious leftover knowledge and feelings that pertains to what happened through this decade. I am taking some time to remember them. As the cows do, ruminate them, piece by piece. Somewhere in these leftovers, lie the building blocks, threads and ingredients to yet a new cycle of life. Another cycle of creating with what is already there. Nowhere Kitchen. - diaries from Manila Boy. Photo taken in Asturias, at the La Xata La Rifa Festival. by Agustin Pilarte, 2012.
kitchen in the street. 2019 berlin
It's been great and historic. Thank you to those who have came and enjoyed their time at Sari-Sari with Pepe und Freunde. One month has passed and it felt like a series of important reunions and new encounters. Tomorrow join us for the last day of this series on Filipino cooking and migrant stories before the Filipino cook takes a summer break. Featuring our wonderful neighbor and singing artist Barbara Cuesta and friend Ben Osborn. Come by! We open at 7pm with drinks and appetizers and around 8pm we drift towards the main meal, Filipino style. Performance after dinner.
Now here.

It’s all about cooking… and the cooks.